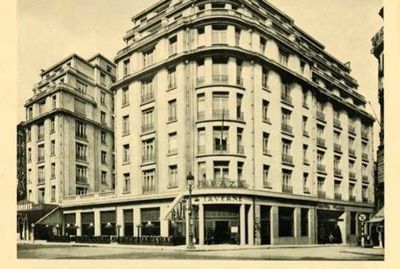 The Hotel Le Plaza is one of the last independent hotels in Brussels, Belgium, and also one of the oldest. It was built in the early 1930s in the Louis XVI style, on Boulevard Adolphe Max/Adolphe Maxlaan, in the heart of Brussels.

Under the reign of King Leopold II, following the covering of the Senne, Brussels was remodelled with large boulevards and green avenues. The then-mayor of the City of Brussels, Jules Anspach , contributed to the transformation of the urban landscape of the capital by the realisation of the thoroughfare from the North Station to the South Station.