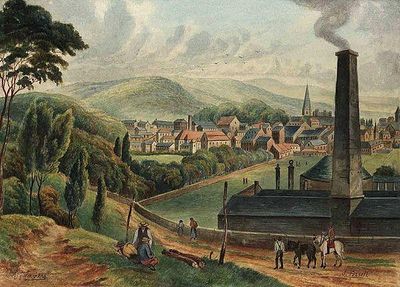 The Verviers municipality includes the old communes of Ensival, Lambermont, Petit-Rechain, Stembert, and Heusy. It is also the center of an agglomeration that includes Dison and Pepinster making it the second biggest in the province and an important regional center, located roughly halfway between Liège and the German border.
Water has played an important role in the town's economy, notably in the development first of its textile and later tourist industries. As a result, many fountains have been built in Verviers, leading it to be named Wallonia's "Water Capital". The seats of the two Walloon public institutions for water distribution and water treatment are located in the town.