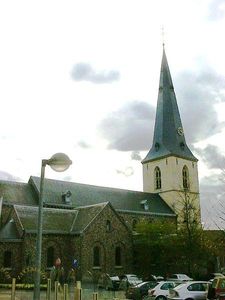 Borgloon xˌloːn] ; French: Looz, French pronunciation: ​[lo]; Limburgish: Loeën) is a city and municipality located in the Belgian province of Limburg. On January 1, 2006, Borgloon had a total population of 10,697. The total area is 51.12 km2 which gives a population density of 209 inhabitants per km2 . Borgloon gave its name to the former county of Loon and was its capital until 1200.