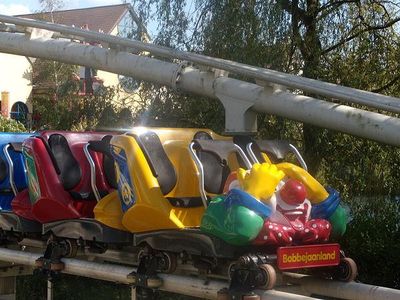 Bobbejaanland is a theme park in Lichtaart, Belgium. The park was founded by Bobbejaan Schoepen, a Flemish singer, guitarist, and entertainer who enjoyed international success in the fifties and early sixties. In 1959, he bought a 30 hectare marsh, had it drained and built a 1,000 capacity venue that opened in December 1961 as Bobbejaanland. This developed into an amusement park and remained in his possession until he sold it in 2004.