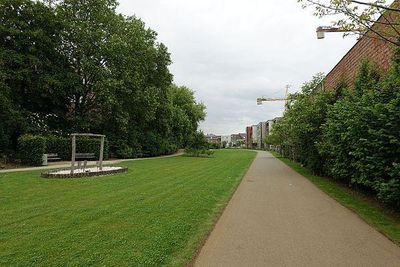 Vilvoorde is a Belgian municipality in the Flemish province of Flemish Brabant. The municipality comprises the city of Vilvoorde proper with its two outlying quarters of Koningslo and Houtem and the small town of Peutie. The nickname for inhabitants of Vilvoorde is Pjeirrefretters because horse meat is a beloved food in Vilvoorde.

The official language of Vilvoorde is Dutch. There is a French-speaking minority of about 20%, concentrated especially in the Koningslo quarter bordering Brussels. The French-speaking minority is represented by 3 members on the 33-seat local council. The city is also home to a large Spanish minority. In the center of the city, 1 out of 10 inhabitants have Spanish nationality and the proportion of Belgians with Spanish roots is even greater. Most immigrated after World War II, from Peñarroya-Pueblonuevo in Andalusia. There is also a large Moroccan community, and many smaller communities of more recent immigrants including Turks, Macedonians and Portuguese.