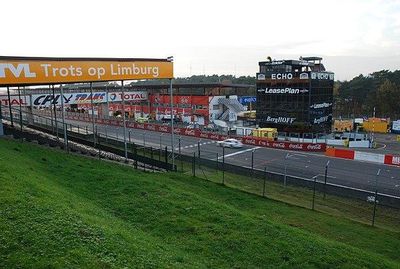 The Circuit Zolder, also known as Circuit Terlamen, is an undulating 4.011 km motorsport race track in Heusden-Zolder, Belgium.Built in 1963, Zolder hosted the Formula One Belgian Grand Prix on 10 separate occasions in the 1970s and 1980s, as well as the 1980 Belgian motorcycle Grand Prix. F1 moved to Zolder in 1973 and with the exception of a race at Nivelles-Baulers in 1974, Zolder was the location of the Belgian Grand Prix until 1982. That year, Canadian driver Gilles Villeneuve was killed during qualifying at the 1982 Belgian Grand Prix. Villeneuve's Ferrari 126C2 collided at speed with the March of Jochen Mass. The Ferrari was torn up in the accident and when rolling, Villeneuve was thrown from the car.