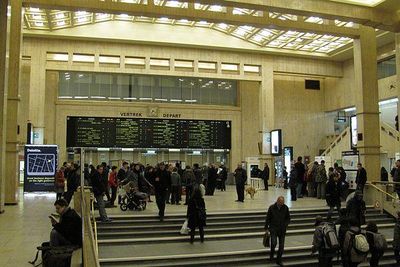 On 20 June 2017, a terrorist bomb caused a small explosion at Brussels Central Station in Brussels, Belgium; there were no casualties. Soldiers patrolling the station killed the suspect with 3 to 4 shots, according to eyewitnesses. The perpetrator was Oussama Zariouh, a 36-year-old Moroccan national who lived in the Molenbeek district of Brussels and who had assembled a defective explosive device.

After the Paris attacks that killed 130 people in 2015 and the Brussels bombings of 2016 that killed 32 civilians, soldiers have been on patrol in Brussels to step up security. The Molenbeek district, where the perpetrators of the 2016 bombings originated, underwent a large-scale administrative check-up, with over 20,000 inhabitants being checked by law enforcement agencies.