Chapel of the Holy Spirit Mechelen 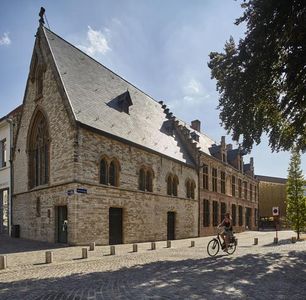 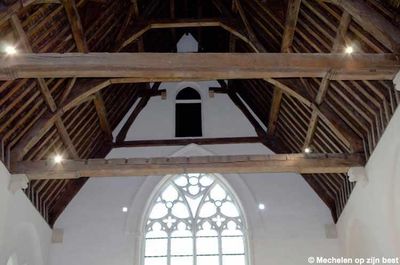 This single-nave chapel under a gable roof was built in the late 13th century for the Holy Spirit panel of the parish of St Rumbold.

It was a non-profit organization that ministered to community members in need. Masses were held and alms distributed in the Gothic chapel. The adjoining House of the Holy Spirit served as a storage place for the goods that were distributed to the poor.

During the French Revolution the Tablets of the Holy Spirit were abolished and their possessions given to the 'Bureel van Benevolence', which later became the OCMW, which also worked for local needs. The chapel served as a waiting room for the poor who came to collect their donations. Until 1860 the chapel also served as a catechesis room.

In 1968 the city acquired the chapel and the adjoining Holy Spirit House. After major renovations were completed, the Mechels Stadspoppentheater put the chapel into operation in 1972 . In 1997 the name of the city's puppet theater changed to 'De Maan'.

De Maan used the Heilige Geestkapel and the Heilige Geesthuis until just before the restoration of the buildings began in April 2013 . The chapel has been stripped of all recent encroachments. It regained its original volume by removing the concrete floors and walls. Thanks to this restoration, the historic interior, including an altarpiece and some niches, and the oak roof trusses, the chapel can once again be admired in all its splendour.