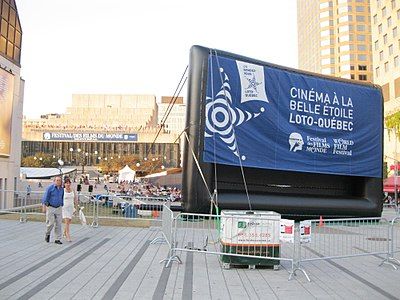 The Montreal World Film Festival , founded in 1977, is one of Canada's oldest international film festivals and the only competitive film festival in North America accredited by the FIAPF . The public festival is held annually in late August in the city of Montreal in Quebec. Unlike the Toronto International Film Festival, which has a greater focus on Canadian and other North American films, the Montreal World Film Festival has a larger diversity of films from all over the world.
Prior to the beginning of each event, the Festival’s board of directors appoints the juries who hold sole responsibility for choosing which films will receive the blessing of a WFF award. Jurors are chosen from a wide range of international artists, based on their body of work and respect from their peers.