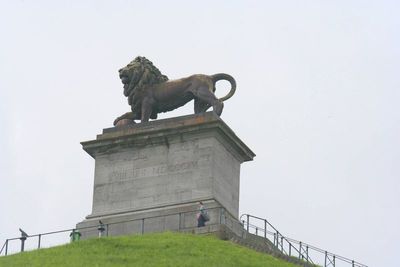 The Battle of Queenston Heights was the first major battle in the War of 1812 and resulted in a British victory. It took place on 13 October 1812, near Queenston, in the present-day province of Ontario. It was fought between United States regulars and New York militia forces led by Major General Stephen Van Rensselaer, and British regulars, York volunteers and Mohawks led by Major General Isaac Brock, and Major General Roger Hale Sheaffe, who took command when Brock was killed.