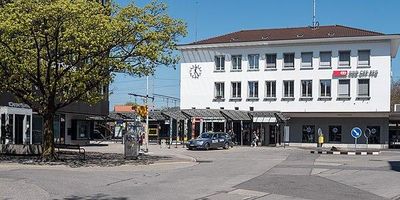 Burgdorf is the largest city in the Emmental in the canton of Bern in Switzerland. It was the capital of the district of the same name until 2010, when it became part of the new Emmental district.
Scattered archeological finds indicate that the area around Burgdorf was inhabited during the Neolithic era, the Late Bronze Age and the Hallstatt.