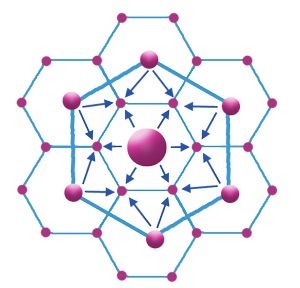 The famous geographer Walter Christaller was born here in Berneck. His principal contribution to the discipline is Central Place Theory, first published in 1933. This groundbreaking theory was the foundation of the study of cities as systems of cities, rather than simple hierarchies or single entities. But did you also know that somewhat paradoxically, Christaller joined the Communist Party after the Second World War, having been a member of the Nazi Party. During the war, he worked under the SS.