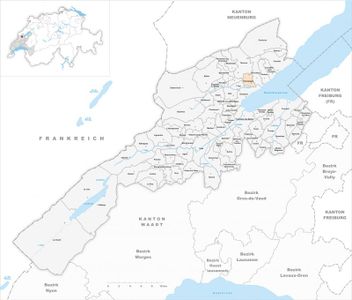 Champagne is a municipality in the district of Jura-Nord Vaudois in the canton of Vaud in Switzerland.

In 1998 Switzerland agreed with the European Union that, in exchange for allowing Swissair to make stop overs in European Union cities, residents of the village would have to stop using its name on products they produced after 2004. After a failed lawsuit in 2002, the village was forced to remove the name in 2004. Sales dropped from 110,000 bottles a year to 32,000 after the change. In April 2008, villagers voted to continue to try to use the name.