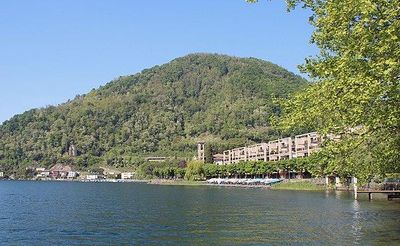 The Maroggia area has been inhabited since the Iron Age. In 1906, a northern Etruscan inscription was discovered, followed by a Roman era stele in 1926. The Lombards King Liutprand gave the village to church of S. Carpoforo in Como in 724. Later it went to the Benedictine abbey of S. Ambrogio in Milan. In 1798, it joined the short-lived Republic of Riva San Vitale.
The village belonged to the parish church of Riva San Vitale until 1644 when it became an independent parish. The parish church of St. Peter is first mentioned in 1579, but was built in the Early Middle Ages. The new building was built in 1640 and restored in 1982-83. On the foundation of a building from the 16th Century the pilgrimage chapel of Madonna della Cintura was built in 1731-66.