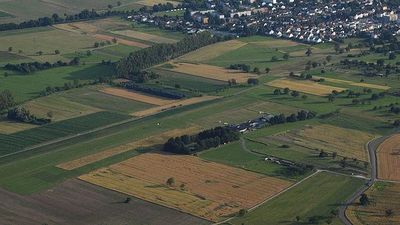 Rheinfelden is a town in the district of Lörrach in Baden-Württemberg, Germany. It is situated on the right bank of the Rhine, across from Rheinfelden, Switzerland, and 15 km east of Basel. The population is 32,469 as of 2006, making it the second most populated town of the district after Lörrach.

Rheinfelden is located on the Swiss-German border, between the High Rhine to the south and the Dinkelberg hills to the north in the district of Lörrach. It borders the Swiss town of the same name across the Rhine river, and the towns of Grenzach-Wyhlen, Inzlingen, Steinen, Maulburg, Schopfheim, Schwörstadt, and Wehr in Germany.