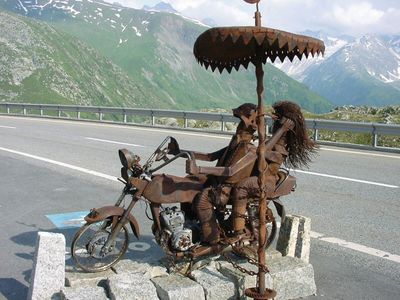 The Grimsel pass (Grimselpass in German) is a Swiss pass culminating at 2 165 meters. It connects Innertkirchen in the Haslital (canton of Bern) to Gletsch (canton of Valais).
The pass is on the watershed between the Rhine and the Rhone.
It is generally north-south, the northern ramp is longer and spreads in the upper valley of the Aar in the municipality of Guttannen. The southern ramp starts at Gletsch (Oberwald) which is also the starting point of the Furka pass.