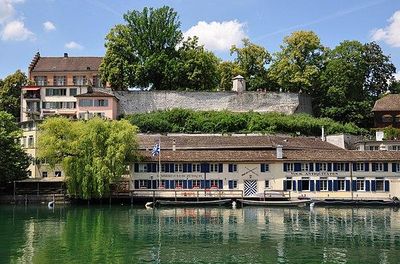 The Lindenhof in the old town of Zürich is the historical site of the Roman castle, and the later Carolingian Kaiserpfalz. It is situated on the Lindenhof hill, on the left side of the Limmat at the Schipfe.

In 1747, a 2nd-century Roman tombstone was discovered at the site, bearing the oldest attestation of Turīcum, the Roman era name of Zürich, as STA[tio] TURIC[ensis], at the time a tax collecting point. The castle remained intact during the early phase of Alemannic immigration in the 5th to 6th century, but was derelict by the 9th century, when it was rebuilt as a residence for Louis the German, which in turn became dilapidated and used as a source of building stone by the 13th century.