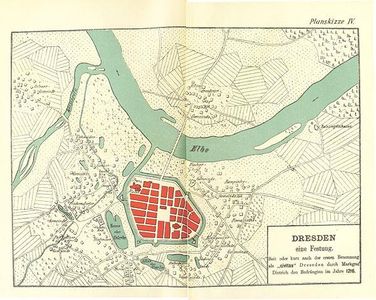 Dresden ; Upper and Lower Sorbian: Drježdźany) is the capital city of the German state of Saxony and its second most populous city, after Leipzig. It is the 12th most populous city of Germany, the fourth largest by area , and the third most populous city in the area of former East Germany, following only Berlin and Leipzig. Dresden's urban area comprises the towns of Freital, Pirna, Radebeul, Meissen and Coswig and has around 790,000 inhabitants. The Dresden metropolitan region has approximately 1,34 million inhabitants.
Dresden is the second largest city on the River Elbe after Hamburg. Most of the city's population lives in the Elbe Valley, but a large, albeit very sparsely populated area of the city east of the Elbe lies in the West Lusatian Hill Country and Uplands and thus in Lusatia, while many boroughs west of the Elbe lie in the foreland of the Ore Mountains as well as in the valleys of the rivers rising there and flowing through Dresden, the longest of which are the Weißeritz and the Lockwitzbach.