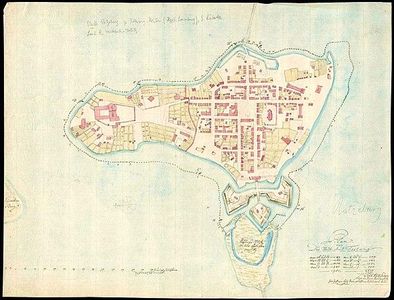 Ratzeburg is a town in Schleswig-Holstein, Germany. It is surrounded by four lakes—the resulting isthmuses between the lakes form the access lanes to the town. Ratzeburg is the capital of the Kreis of Lauenburg.
The town was founded in the 11th century as Racisburg. The name is traditionally derived from the local Wendish ruler, Prince Ratibor of the Polabians, who was nicknamed Ratse. In the year 1044 Christian missionaries under the leadership of the monk Ansverus came into the region and built a monastery. It was destroyed in a pagan rebellion in 1066; the monks were stoned to death. Today monuments to the missionaries in two of the town's churches commemorate these events. Ansverus was canonised in the 12th century and his relics were entombed in the Ratzeburg cathedral.