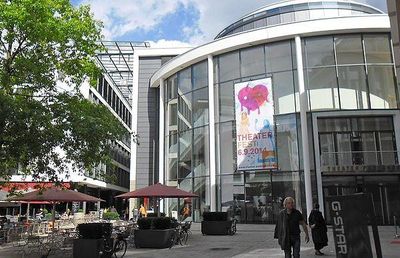 Paderborn ) is a city in eastern North Rhine-Westphalia, Germany, capital of the Paderborn district. The name of the city derives from the river Pader and 'born', an old German term for the source of a river. The river Pader originates in more than 200 springs near Paderborn Cathedral, where St. Liborius is buried.
Paderborn was founded as a bishopric by Charlemagne in 795, although its official history began in 777 when Charlemagne built a castle near the Pader springs. In 799 Pope Leo III fled his enemies in Rome and reached Paderborn, where he met Charlemagne, and stayed there for three months. It was during this time that it was decided that Charlemagne would be crowned emperor. Charlemagne reinstated Leo in Rome in 800 and was crowned as Holy Roman Emperor by Leo in return. In 836, St. Liborius became the patron saint of Paderborn after his bones were moved there from Le Mans by Bishop Badurad. St. Liborius is commemorated in Paderborn every year in July with the Liborifest.