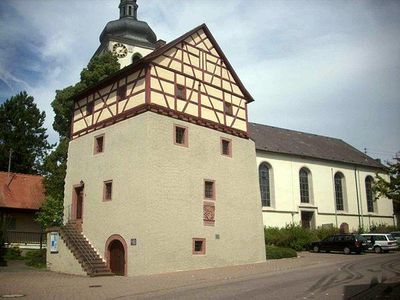 Lauda-Königshofen is a town in the Main-Tauber district in Baden-Württemberg, Germany. It is situated on the river Tauber, 7 km southeast of Tauberbischofsheim, and 30 km southwest of Würzburg. Most of the roughly 300 houses in the traditional village of Königshofen date to between the 16th century and mid-19th century, and it is known for the 500+ year-old Königshöfer Messe, an annual festival that attracts 150,000 people over the 10-day festival. Lauda station is at a junction of the Franconia Railway and the Tauber Valley Railway.

Among the business entities located in Lauda are the two world famous manufacturers of laboratory equipment: