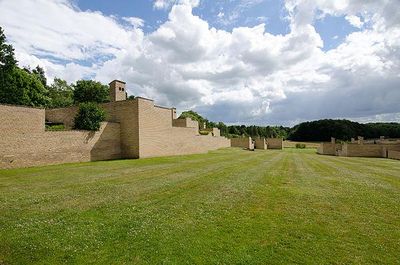 Fredensborg is a railway town located in Fredensborg Municipality, North Zealand, some 30 kilometres north of Copenhagen, Denmark. It is most known for Fredensborg Palace, one of the official residences of the Danish Royal Family. As of 1 January 2020, the town had a population of 8,769.
The earliest settlement in the area was the village of Asminderød. The town of Fredensborg emerged outside Fredensborg Palace, which was completed in 1722. The name, which means the Palace of Peace," commemorates the termination of the Great Northern War.