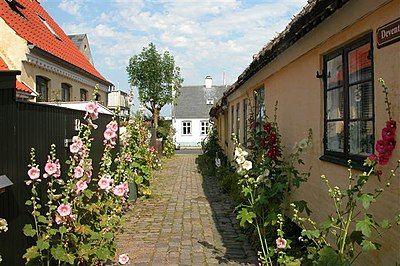 Dragør Kommune is a municipality in Region Hovedstaden on the southern coast of the island of Amager just east of Zealand in eastern Denmark. The municipality covers an area of 18.41 km² , and has a population of 14,028 . Its mayor is Eik Dahl Bidstrup, a member of the agrarian liberal Venstre .
Not until four years after the 1970 Danish Municipal Reform on 1 April 1974 two new municipalities were formed in Copenhagen County, namely Dragør Municipality, formed by the merger of Dragør and Store Magleby parishes and Høje-Taastrup Municipality, which from that date also included Sengeløse parish . The inhabitants would have preferred to remain as independent municipalities. Store Magleby, which was larger in area than Dragør, had a large number of subdivisions : parcel;udstykning) with owner-occupied homes built on the boundary with Dragør limits versus outside city limits) into consideration) before the merger. Because the voters of Store Magleby and Sengeløse were almost exclusively owner-occupiers, who voted center-rightwing, whereas Høje-Taastrup Municipality and Dragør Municipality to a large extent consisted of tenants who rented their apartments and who voted center-leftwing, there were heated debates and reluctance among the voters of Store Magleby and Sengeløse about joining the new municipalities. This was because the center-rightwing voters would be in a minority at elections for their local councils.