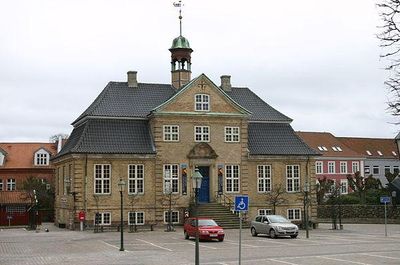 Viborg , a city in central Jutland, Denmark, is the capital of both Viborg municipality and Region Midtjylland. Viborg is also the seat of the Western High Court, the High Court for the Jutland peninsula. Viborg Municipality is the second-largest Danish municipality, covering 3.3% of the country's total land area.
Viborg is one of the oldest cities in Denmark, with Viking settlements dating back to the late 8th century. Its central location gave the city great strategic importance, in political and religious matters, during the Middle Ages. A motte-and-bailey-type castle was once located in the city. Viborg takes its name from a combination of two Old Norse words: vé, meaning a holy place, and borg, meaning a fort.