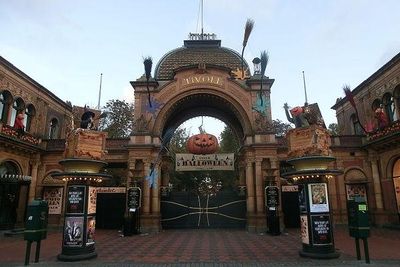 Tivoli Gardens is an amusement park and pleasure garden in Copenhagen, Denmark. The park opened on 15 August 1843 and is the second-oldest operating amusement park in the world, after Dyrehavsbakken in nearby Klampenborg, also in Denmark.
With 4.6 million visitors in 2016, Tivoli is the second-most popular seasonal amusement park in the world after Europa-Park. Tivoli is the most-visited theme park in Scandinavia, and the fifth most-visited theme park in Europe, only behind Disneyland Park , Europa-Park, Walt Disney Studios Park and Efteling.