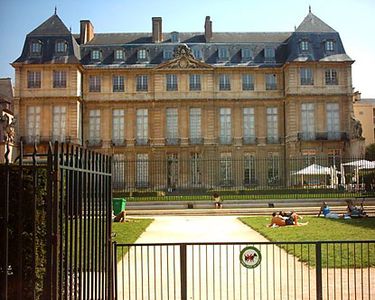 The Museu Picasso Barcelona in Barcelona is one of three museums named after and dedicated to the Spanish painter Pablo Picasso. When Pablo Picasso was fourteen years old, he enrolled at the Barcelona Academy of Fine Arts, where Spanish surrealist Joan Miró also studied. He could draw very well from an early age. He also graduated in Barcelona and set his first footsteps in the direction of the Modernism of Modern Art. The Museu Picasso is one of the most visited attractions in the city. The museum has three floors and there are thirty-five rooms with works by Picasso from the period 1890-1957. Among them are much less known.