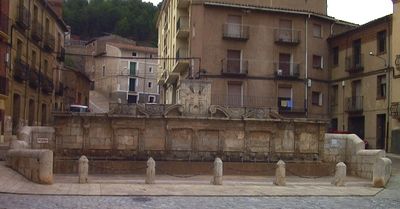 Daroca is on the way from Madrid to Zaragoza. Therefore, it was visited in the past frequently by kings such as the Catholic Monarchs, Charles I, Philip II, and Philip III. Philip V also was in Daroca and so was his rival to the throne, Charles II. After the death of Charles II, Daroca embraced the cause of the Austrian pretender to the throne, Charles III, instead of the French-backed candidate Philip, duke of Anjou, which led to the occupation and sacking of the city in the War of Spanish Succession.