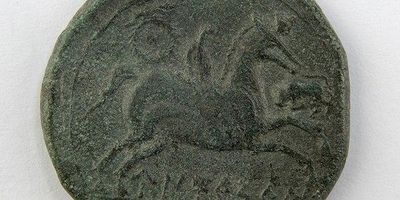 Empúries was an ancient city on the Mediterranean coast of Catalonia, Spain. Empúries is also known by its Spanish name, Ampurias . The city Ἐμπόριον was founded in 575 BC by Greek colonists from Phocaea. After the invasion of Gaul from Iberia by Hannibal the Carthaginian general in 218 BC, the city was occupied by the Romans . In the Early Middle Ages, the city's exposed coastal position left it open to marauders and it was abandoned.

Empúries is located within the Catalan comarca of Alt Empordà on Costa Brava. The ruins are midway between the town of L'Escala and the tiny village of Sant Martí d'Empúries.