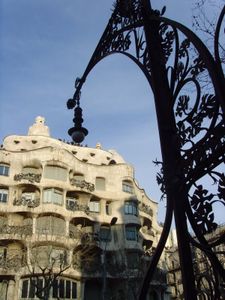 The Casa Mila of architect Antoni Gaudi was built for Rosario Segimon and Pere Milà.

The original design was not followed because the local government objected to some aspects of the project. They fined the owners for many infractions of regulations, ordered the demolition of aspects exceeding the height standard for the city. The original plan included also a huge sculpture atop the building, representing the goddess Gaia. It never was put there.

The house is now part of the UNESCO World Heritage.