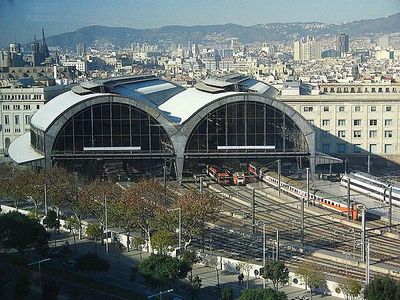 Estació de França is the second busiest railway station of the city after Barcelona-Sants in terms of regional and long-distance ridership. It may lose this status, however, with the arrival of the AVE high-speed train in Sants and the construction of Estació de la Sagrera, planned for completion at the end of 2017, that will concentrate most of the traffic.
A railway station was first built here in the 19th century as the main terminus for trains arriving from France , but also for services to North East Catalonia and the Costa Brava.