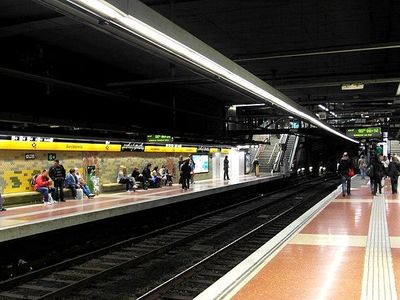 Barceloneta is a station belonging to line L4 of Barcelona Metro. It is located in La Barceloneta neighbourhood, close to the beach and Parc de la Ciutadella. This is the station nearest to Barcelona França railway station, one of the city's major railway stations and one of the R2 commuter line stops.
Barceloneta metro station started being built in 1971 in order to service the neighbourhood of La Barceloneta, and replacing the old station of Correos . Construction was slow due to problems, including the explosion which occurred in November 1973.