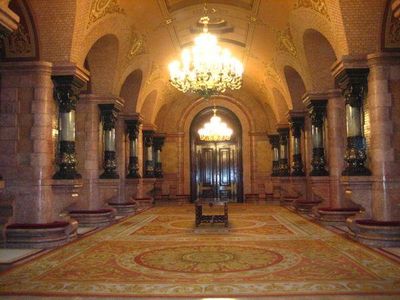 The Parliament of Catalonia is the unicameral legislature of the autonomous community of Catalonia. It is formed by 135 members , who are elected every four years or after extraordinary dissolution, chosen by universal suffrage in lists with four constituencies, the Catalan provinces. The Parliament building is located in Ciutadella park, Barcelona, Catalonia, Spain.

The most recent parliamentary elections were held on 21 December 2017. Following the 2015 Catalan regional election and the disputed October 1st independence referendum results, the Parliament of Catalonia unilaterally declared independence from Spain on 27 October 2017 with a vote of 70–10, and purported to form the Catalan Republic. The remaining 55 members abstained or boycotted the vote, disagreeing with the independence movement. In response, Spanish Prime Minister Mariano Rajoy dissolved the Parliament and called for a snap regional election.