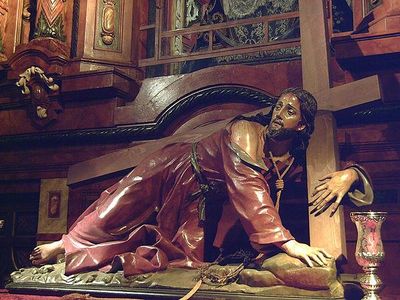 The church of San Ginés in Madrid, is one of the oldest churches in that city. It is situated on the Calle Arenal. References to it appear in documents dating from the ninth century. Originally built in Mudéjar style , it was rebuilt in 1645.
The church was one of the churches of the medieval Madrid, of Mozarab origin, from between the 12th and 13th centuries, and its name comes from the fact that it was dedicated to the patron saint of notaries and secretaries, Saint Genesius of Arles .