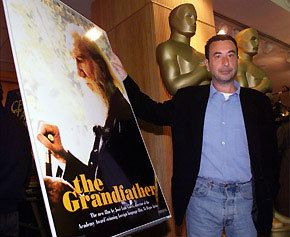 Born in Madrid in 1944. Was self-taught producer, critic, television presenter, literary author, screenwriter and film director. Born into a family ancestry Asturian film buff at an early age, he begins to write and work as a literary critic from a young age, while writing literary science fiction stories. It begins as a screenwriter in the late 70's and later begins to direct his first short films around 1977, among which include "pending", "Start Over" or "You're the one" among others.

In his early writing science fiction stories and is the author of most of the scripts of his films, also writing scripts for other films and TV movies. Defender of the American film tradition, was a presenter and director of radio programs on dedicated to the movies. He also presented the program great is the movies! TVE.