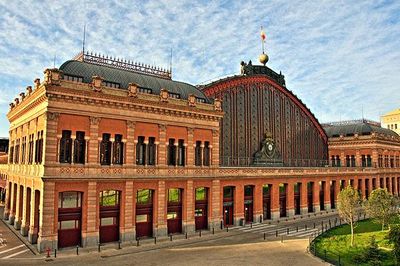 Madrid Atocha is the largest railway station in Madrid. It is the primary station serving commuter trains , regional trains from the south and southeast, intercity trains from Navarre, Cádiz and Huelva and La Rioja, and the AVE high speed trains from Girona, Tarragona and Barcelona , Huesca and Zaragoza , Sevilla, Córdoba and Málaga , Valencia, Castellón and Alicante . These train services are run by the Spanish national rail company, Renfe. As of 2019, this station has daily services to Marseille in France.