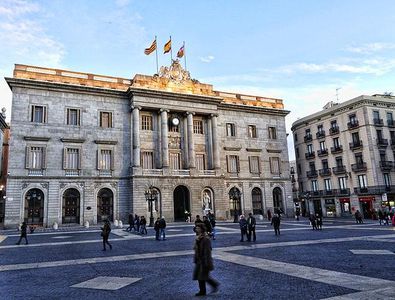 The Plaça de Sant Jaume is a square at the center of the Old City of Barcelona and the administrative heart of both the city and surrounding Catalonia. This is because the Palace of the Generalitat of Catalonia and the City Hall are located here across from one another.

This square has a great historical value but it is relatively recent since its origin is from the early-19th century, when the new main façade of the City Hall was built and the former church of Sant Jaume was demolished.