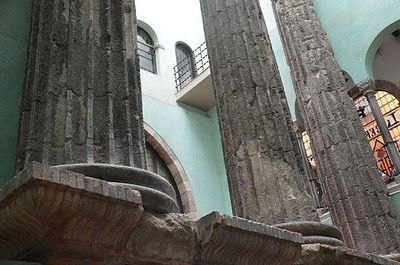 The Temple of Augustus in Barcelona was a Roman temple built during the Imperial period in the colony of Barcino . The temple was the central building on Tàber Hill, currently in Carrer del Paradís number 10, in the city's so-called Gothic Quarter. The dedication to Augustus is traditional, but unproven.