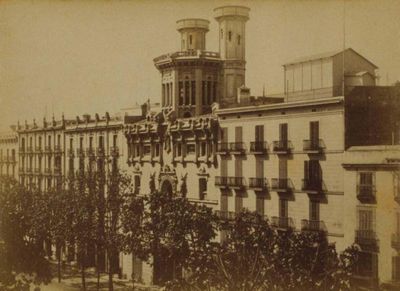 The building of the Reial Acadèmia de Ciències i Arts de Barcelona (RACAB) was constructed in 1883 by the modernist architect Josep Domènech Estapà and in 1887 it became the headquarters of the RACAB. In 1893, the two towers, designed for astronomical measurements that were to be used to establish the official hour of the city, were finished. But the origin of the Barcelonese academy dates prior to this, back to the second half of the XVIIIth century: in 1764 it was created as Conferencia Físico-Matemàtica Experimental and soon after, in 1770, it obtained the protection of the king.

In Europe, during the second half of the XVIIth century, the first academies and scientific societies were created. In 1660 the Royal Society in London was founded and in 1666 was founded the Académie des Sciences in París. These institutions emerged linked to the new trend of acquiring scientific knowledge through experimentation and they were created as associations for the study and communication of science. 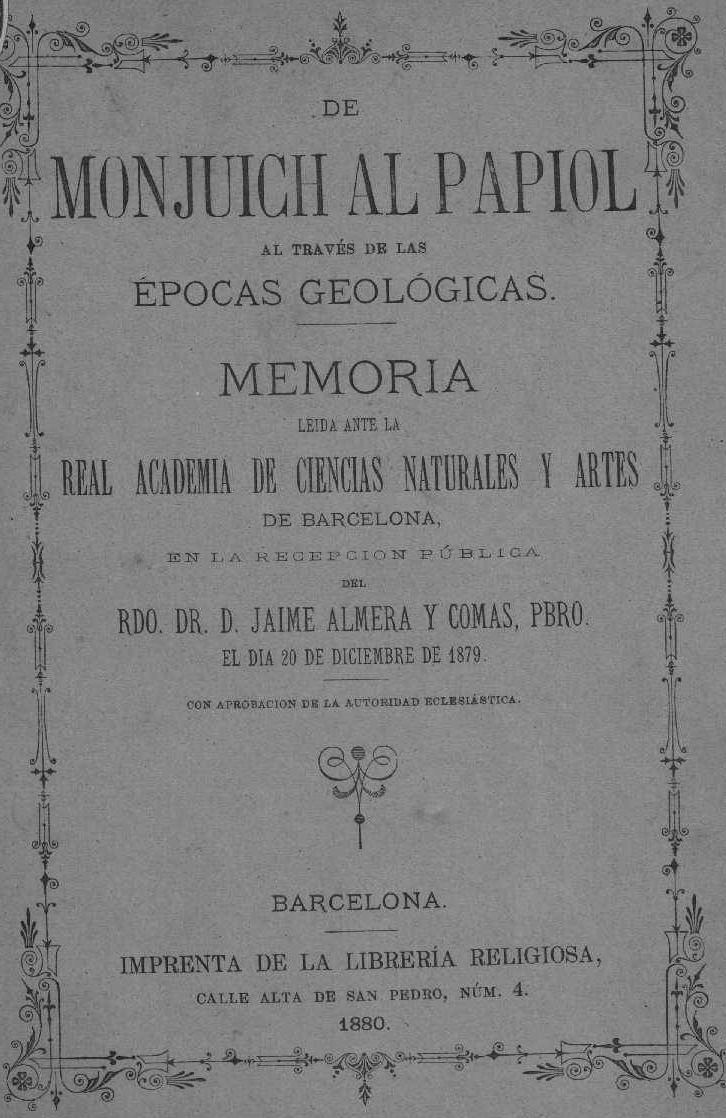 During the last quarter of the XIXth century, scientific elites met in the RACAB where they presented the discoveries made by its members, which were also published in the bulletin of the RACAB and often reproduced in the press, in newspapers like La Vanguardia. For instance, we might be made aware of the finding made by the aforementioned canon Jaume Almera of 'tres grandes animales antediluvianos' -three great antediluvian animals- through a note published in the bulletin in 1899. This same naturalist was the president of the academy during the years 1906-1908, a detail which shows that naturalists used different platforms and urban spaces to promote their scientific disciplines (academic, amateur, professional and popular). Another of its presidents, Julián Casaña, dean of the University when it broke up the de Buen case, held this title on three separate occasions (1872-1874, 1876-1878, i 1884-1886).