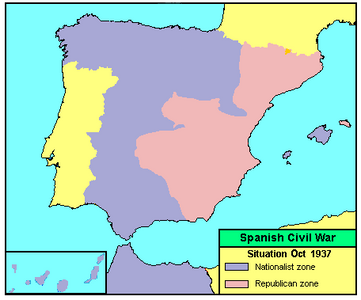 After the Aragon Offensive, Franco wanted to eliminate the Republican maritime commerce and destroy the Republican morale and he authorized the Aviazione Legionaria and the Legion Condor to undertake indiscriminate bombings of the Republican cities. Valencia, Barcelona, Alicante, Granollers and other Spanish town and cities were bombed.