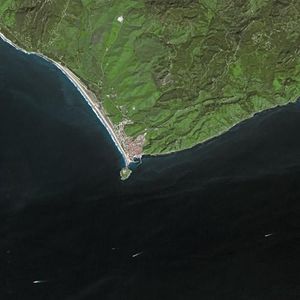 Punta de Tarifa is the southernmost point of the Iberian Peninsula and Continental Europe. It is located in the province of Cádiz and the autonomous community of Andalusia on the Atlantic end of the Straits of Gibraltar. The coast of Morocco can be seen from this point.

The point is the southeastern tip of the former island, known as Isla de Tarifa or Isla de Las Palomas, located offshore and now connected to the mainland by a causeway. The island was occupied by a military installation between the 1930s and 2001.