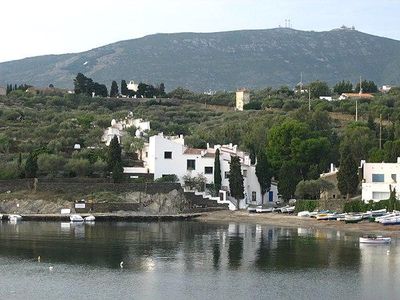 The Salvador Dalí House-Museum is the house in Portlligat, Catalonia, Spain, where Salvador Dalí often lived and worked from 1930 to 1982, until upon the death of his wife Gala Dalí, he took up residence at Púbol Castle.

The house, formerly a number of small fisherman's huts, has a labyrinthine structure which from one point of departure, the Bear Lobby, spreads out and winds around in a succession of zones linked by narrow corridors, slight changes of level, and blind passageways.