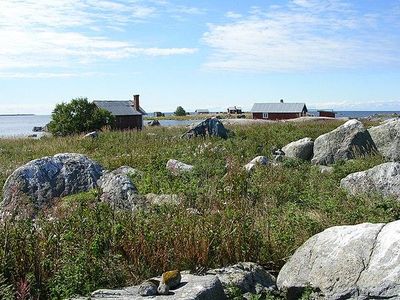 Replot is an island in the Kvarken , the narrowest part of the Gulf of Bothnia in the northern part of the Baltic sea. It has about 2,100 inhabitants, almost only Swedish-speaking. The size is about 150 square kilometres , one of the largest islands of Finland. Replot was an independent municipality until 1973, when it was consolidated to the municipality of Korsholm, near Vaasa.

The area has been inhabited since before the time of Swedish dominion over Finland; the first habitations can be traced to at least the 11th century and possibly earlier. Today there are four major communities on the island, Replot kyrkoby, Norra Vallgrund, Södra Vallgrund and Söderudden, most of which are served by their own elementary schools, although some closures have occurred in recent years. Since 1997, Replot has been connected to the mainland via the Replot Bridge, replacing the earlier ferry connection which had been in place since 1952. The bridge is as of 2009 the longest bridge ever built in Finland, with a length of 1,045 metres .