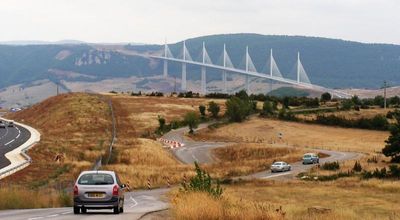 It is also the highest bridge tower in the world: the mast atop pylon P2 peaks at 343 metres.

And third, it has the highest road bridge deck in Europe, 270 m above the Tarn River.