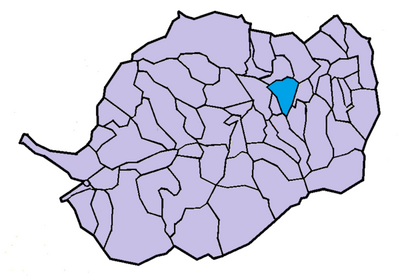 Prades is a commune and a sub-prefecture of the Pyrénées-Orientales department in southern France. It is the capital of the historical Conflent comarca. Its inhabitants are called Pradéens/Pradéennes in French, and Pradencs/Pradenques in Catalan.
Prades is located in the canton of Les Pyrénées catalanes and in the arrondissement of Prades, in the Pyrenees Mountains next to the Canigó and Têt River. Its nearby towns include Codalet, Eus, Vinça, Villefranche-de-Conflent