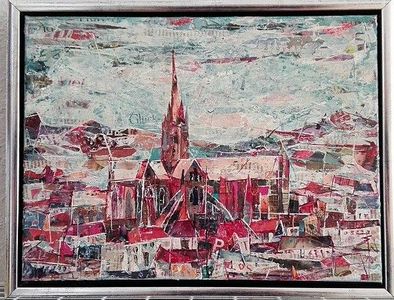 Salisbury Cathedral, formally known as the Cathedral Church of the Blessed Virgin Mary, is an Anglican cathedral in Salisbury, England. The cathedral is regarded as one of the leading examples of Early English architecture: its main body was completed in 38 years, from 1220 to 1258.

Since 1549, the cathedral has had the tallest church spire in the United Kingdom, at 404 feet . Visitors can take the "Tower Tour", in which the interior of the hollow spire, with its ancient wooden scaffolding, can be viewed. The cathedral has the largest cloister and the largest cathedral close in Britain at 80 acres . It contains a clock which is among the oldest working examples in the world, and has the best surviving of the four original copies of Magna Carta. In 2008, the cathedral celebrated the 750th anniversary of its consecration.