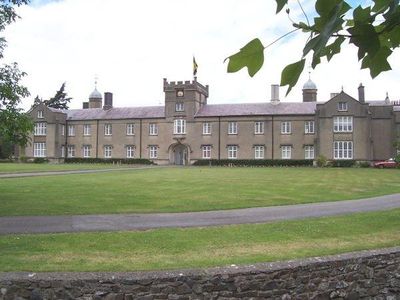 Lampeter ; Llambed ) is a town, community and electoral ward in Ceredigion, Wales, at the confluence of the Afon Dulas with the River Teifi. It is the third largest urban area in Ceredigion, after Aberystwyth and Cardigan, and has a campus of the University of Wales Trinity Saint David. At the 2011 Census, the population was 2,970. Lampeter is the smallest university town in the United Kingdom. The university adds approximately 1,000 people.

The Norman castle of Pont Steffan occupying a strategic position beside the River Teifi was destroyed in 1187 after it had been conquered by Owain Gwynedd. The remains of the castle later became the foundations for C. R. Cockerell's college building and still form part of the university campus.