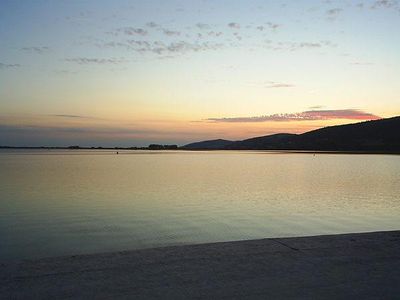 Cheddar is a large village and civil parish in the Sedgemoor district of the English county of Somerset. It is situated on the southern edge of the Mendip Hills, 9 miles north-west of Wells. The civil parish includes the hamlets of Nyland and Bradley Cross. The parish had a population of 5,755 in 2011 and an acreage of 8,592 acres as of 1961.
Cheddar Gorge, on the northern edge of the village, is the largest gorge in the United Kingdom and includes several show caves, including Gough's Cave. The gorge has been a centre of human settlement since Neolithic times including a Saxon palace. It has a temperate climate and provides a unique geological and biological environment that has been recognised by the designation of several Sites of Special Scientific Interest. It is also the site of several limestone quarries. The village gave its name to Cheddar cheese and has been a centre for strawberry growing. The crop was formerly transported on the Cheddar Valley rail line, which closed in the late 1960s but is now a cycle path. The village is now a major tourist destination with several cultural and community facilities, including the Cheddar Show Caves Museum.