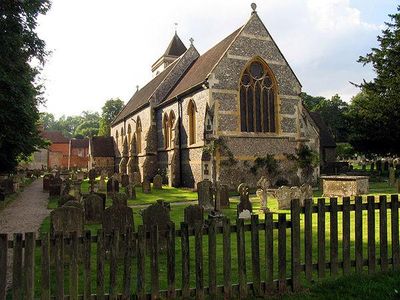 Speen is a village and civil parish in West Berkshire, England. Centred 2 miles north west of the largest town in the district, Newbury, Speen has clustered settlements, the largest of which is Speen village and the others are buffered from the town by the A34 road and named Bagnor, Stockcross, Woodspeen and Marsh Benham.

Its other land is an approximately even mixture of woodland and agricultural fields and varies greatly in elevation, having the Reading to Taunton Line alongside the north bank of the River Kennet as its southern boundary and both banks of the Lambourn in its north with elevated ground in between.