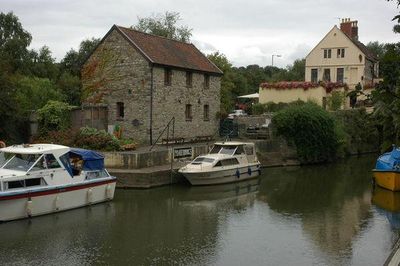 Keynsham is a town and civil parish located between Bristol and Bath in Somerset, England. It has a population of 16,000.
It was listed in the Domesday Book as Cainesham, which is believed to mean the home of Saint Keyne.

The site of the town has been occupied since prehistoric times, and may have been the site of the Roman settlement of Trajectus. The remains of at least two Roman villas have been excavated, and an additional 15 Roman buildings have been detected beneath the Keynsham Hams. Keynsham developed into a medieval market town after Keynsham Abbey was founded around 1170. It is situated at the confluence of the River Chew and River Avon and was subject to serious flooding before the creation of Chew Valley Lake and river level controls at Keynsham Lock in 1727. The Chew Stoke flood of 1968 inundated large parts of the town. It was home to the Cadbury's chocolate factory, Somerdale, which opened in 1935 as a major employer in the town.