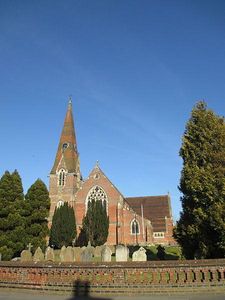 Burgess Hill is a civil parish and a town located in the Mid Sussex district of West Sussex, England, close to the border with East Sussex, on the edge of the South Downs National Park. Located 39 mi south of London, 10 mi north of Brighton and Hove, and 29 mi east-northeast of the county town of Chichester, it occupies an area of 3.7 sq mi and had a population of 30,635 at the time of the 2011 Census, making it the fourth most populous parish in the county and the most populous in the district. Other nearby towns include Haywards Heath to the North East and Lewes, the County town of East Sussex, to the South East.
Burgess Hill is predominantly situated just on the West Sussex side of the border dividing the two counties, although parts of the World's End district in the North East are across the county boundary in the Lewes district of East Sussex.